The landscape in Kiganjo, Kenya

Practical advice on how to run a successful business

Farm Concern International (FCI) is expert in analysing value chains and enabling farmers to access markets. They encourage people to produce what sells, rather than simply trying to sell what they have always produced.

In Marsabit sub-county, northern Kenya, frequent droughts and poor infrastructure have contributed to high levels of poverty. FCI has been working with communities in Marsabit to help them find ways to increase their income.

First, FCI analysed the local market to see which products were in demand and which were likely to bring farmers the most profit. Once they had identified these products, they analysed the value chains to see where they could best make a change to add value.

FCI found that many farmers were growing and selling beans and maize – crops that do not grow well in areas with low rainfall. Furthermore, maize fetched only 46 Kenyan Shillings (KSH) per kilogram in the markets. However, there was a large demand for green grams, a drought-tolerant crop well suited to Marsabit’s climate. The market price for green grams in peak season was 70 KSH per kilogram. The farmers soon understood that it would be more profitable to grow green grams. 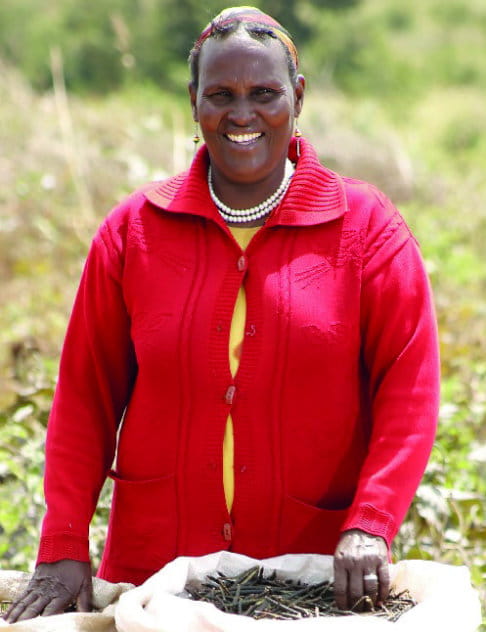 Another potential product FCI identified was camel milk. Families in Marsabit were producing more than enough camel milk for their own needs, but were throwing away the excess. FCI knew that camel milk was in high demand and that it would be a good source of income.

Traders previously could not access camel milk from the area, because the milk would spoil while they collected it from individual farmers. But FCI helped the farmers arrange a central collection point. They taught the farmers to store the milk in clean stainless steel containers, since plastic containers made the milk spoil before reaching the market.

The third value chain FCI identified for improvement was goats and sheep. The market for livestock was two days’ travel away, and the animals would lose weight on the journey. Farmers had little bargaining power and would accept low prices for their livestock. At the market they had to sell through brokers, who would take a cut of the money.

Through the Commercial Villages, FCI also linked the community members with other organisations. For example, they invited banks to the villages to train people in opening bank accounts and the importance of saving. The Ministry of Agriculture provided training on farming techniques.

The project caused a real change in people’s lives. Household income levels increased significantly. In one village, women’s incomes grew from less than $1 a day to at least $10 a day from the sale of camel milk – and sometimes up to $30.

The area had always been known for its tribal conflicts. But working together on the project improved relationships between tribes and religions, and between men and women. Crime rates have fallen in the area. Young people are now actively involved in earning money and are less likely to turn to negative behaviours such as drug abuse.

Several participants commented, ‘FCI has shown the value of what people already have. Most NGOs bring stuff, which is not able to transform us. But FCI has empowered us.’

To read more about how to analyse value chains, click here.

This resource is from Entrepreneurship – Footsteps 103