Thanks to farmer-managed natural regeneration, this farmer in Malawi is now able to grow many different crops and trees, increasing his income and quality of life. Photo: Tony Rinaudo/World Vision Australia

From: Farming for the future – Footsteps 110

Strategies farmers can use to maintain healthy ecosystems and productive farms

For people who rely on rain-fed agriculture, land degradation and the loss of soil fertility can be devastating. Farmer-managed natural regeneration uses simple, low-cost techniques to encourage the regrowth of trees from live stumps and from seeds in the ground. This results in the restoration of land and livelihoods.

The skills associated with this practice have been used for generations. However, in the early-1980s they were revised and made popular again in response to serious land degradation in Niger. Vast areas of deforested land had become badly eroded resulting in failed crops and chronic hunger.

Attempts to plant trees and restore soil fertility had often failed because of extreme heat, limited water, freely grazing livestock and lack of interest. Most farmers did not understand the benefits of trees and were preoccupied with trying to meet their immediate needs. A new approach was required: one that would empower farmers to restore their land, while at the same time improving agricultural production.

Instead of planting trees, farmer-managed natural regeneration relies on regrowth from live stumps, roots and seeds already present in the soil: the underground forest. The living stumps of previously felled trees have mature roots that are able to reach nutrients and water deep in the ground. These roots also release stored energy as new shoots grow. This means that regrowth is usually faster, and more successful, than the growth of newly planted seedlings.

Often in agricultural fields, tree regrowth is cut or burnt before each crop-planting season. With farmer-managed natural regeneration, as regrowth emerges the strongest, straightest stems are protected and the other stems are cut off. Land users decide which trees to keep, depending on the type of tree they want to grow and the location of the stumps. The basic techniques are easily learnt and passed on from farmer to farmer.

Animals are kept away from the regrowth until the young trees have grown to a point where grazing won’t harm them any more. After that, livestock can be allowed to graze around the trees, fertilising the soil in the process.

The crop growing season can be a good time to regenerate trees because livestock is often penned or grazed elsewhere. On communal land, communities must decide together how best to keep animals away from young, vulnerable trees.

Deliberately including and managing trees and shrubs on farmland has been shown to have many benefits. These include:

Different tree species can provide firewood, timber, natural medicines, fodder and food. Enterprises such as bee‑keeping can also be developed. Some tree species – called legumes – take nitrogen from the air and add it to the soil. Others draw water up towards the surface, making it available for crops to use.

Farmers and land users can practise farmer-managed natural regeneration in a number of different ways. They have the freedom to choose which trees they want to conserve, and when and how to prune. The result can be as simple as growing a few trees for firewood, or the techniques can be used to restore large areas of forest.

When the land is individually owned, tree regeneration is best managed by the land user or owner. On communal land, the whole community should be involved. This ensures that everyone understands the importance of looking after the trees, and everyone shares the benefits.

In Niger, farmer-managed natural regeneration has grown to cover more than 5 million hectares. As the land has become green with trees, crop yields have increased benefiting 2.5 million people. In 2005, when a third of Niger’s population suffered from famine, sale of firewood and other forest products meant that farmers practising natural regeneration were able to avoid tragedy and did not need to rely on famine relief.

Typically, farmer-managed natural regeneration costs about 40 USD per hectare to implement. However, once introduced, the cost is only that of the land user’s labour which in Niger is around 14 USD per hectare. After 20 years, farmers in Niger were growing an extra 500,000 tons of grain every year and annual incomes rose by up to 1,000 USD per household. By comparison, a study of three West African countries found that 160 million dollars had been spent on tree planting and only about 20,000 hectares of plantations remained: a cost of 8,000 USD per hectare.

Success is most likely if there is a high level of commitment. Many farmers feel that the presence of trees on their land is unhelpful. However, as understanding increases, so does the desire to grow trees. If most people in a community are working towards achieving the same goals, greater progress will be made.

For more information about how to practise farmer-managed natural regeneration, download this poster.

World Vision has published a comprehensive manual on all aspects of farmer-managed natural regeneration. Download free of charge from www.fmnrhub.com.au. 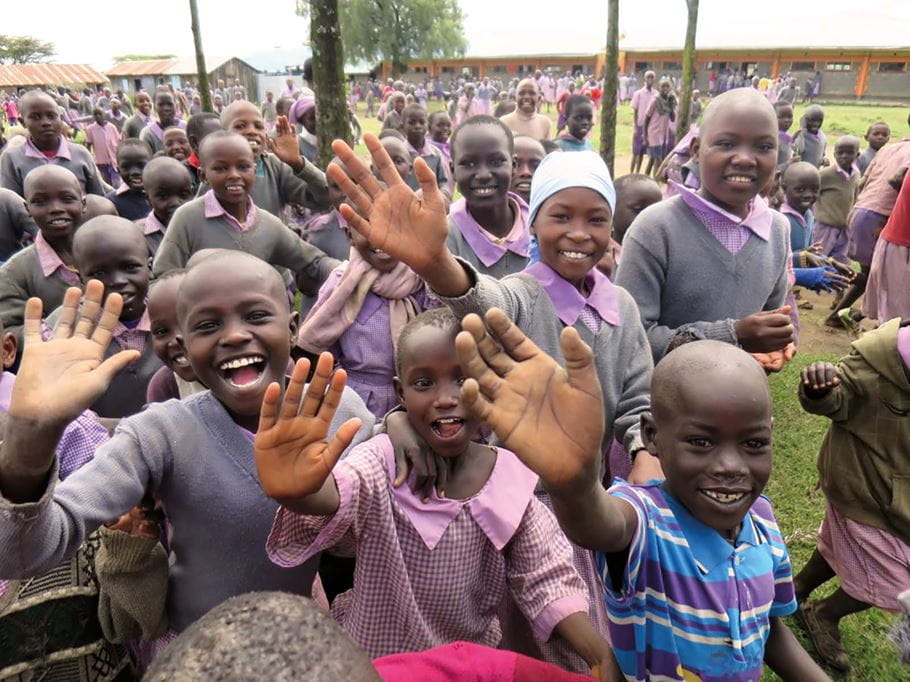 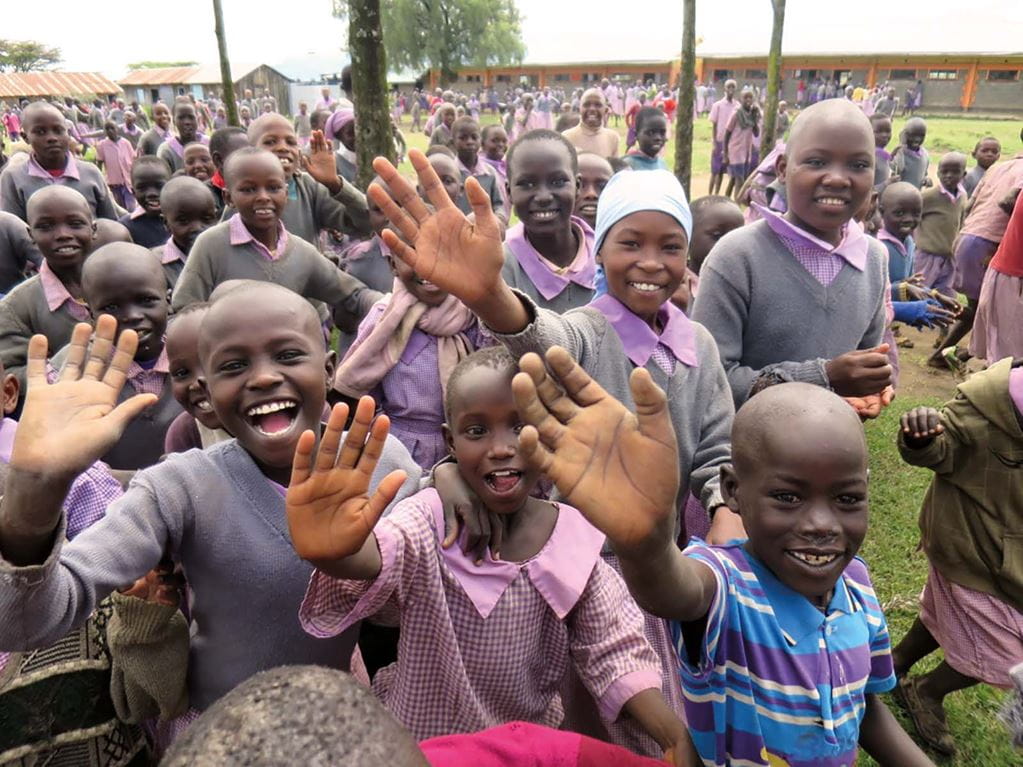 Schools in Kenya are teaching children how to prune and manage trees. Photo: World Vision Australia

Through poetry, dance and drama, school children in Kenya are learning about trees and the environment, including farmer-managed natural regeneration. They are then sharing this knowledge with their families.

Kibe is a student in one of the schools. She says, ‘Using farmer-managed natural regeneration has brought many blessings in our home. We now have enough firewood from the pruned branches to last us the whole term. This means I no longer have to miss classes to fetch firewood from the forest which is five kilometres away.’

Kibe’s headteacher adds, ‘I was planning to cut down the shrubs growing on the school compound to make the area tidy. I then received some training from World Vision and, instead, our school has become a site where farmers come to learn tree regeneration techniques. We are very proud as a school to be part of this.’

Local farmer Nancy is also delighted to be involved. She says, ‘I went to a meeting in Ngusero primary school and I started to use natural regeneration techniques. Very quickly, excellent grass started to grow under the pruned trees.

‘Because the grass is better, milk production from my five cows has increased from 10 litres to 32 litres each day. I now sell milk to the Mogotio cooperative society and I was awarded a prize for being one of their most consistent suppliers. I am able to pay the school fees for my children without panic and I am a leader in my community. Farmer-managed natural regeneration has changed my life.

Tony Rinaudo is the Principal Natural Resources Adviser for World Vision Australia. In 2018 he was awarded the Right Livelihood Award in recognition of his work which has led to farmer-managed natural regeneration being used in at least 27 countries.

This resource is from Farming for the future – Footsteps 110