How to attract local government funding

In many countries, local governments have funds available for community projects and initiatives. However, communities are often unaware that this source of funding exists, or they have limited understanding of how to access it.

Here are some ideas to help you attract local government funding for your project.

Case study: Working together for change

Dhaulabaseni, a remote village in Nepal, did not have a road. Steep and slippery paths meant it was difficult for people to reach the nearest hospital or take produce to market. The community felt isolated and cut off from the rest of the country. 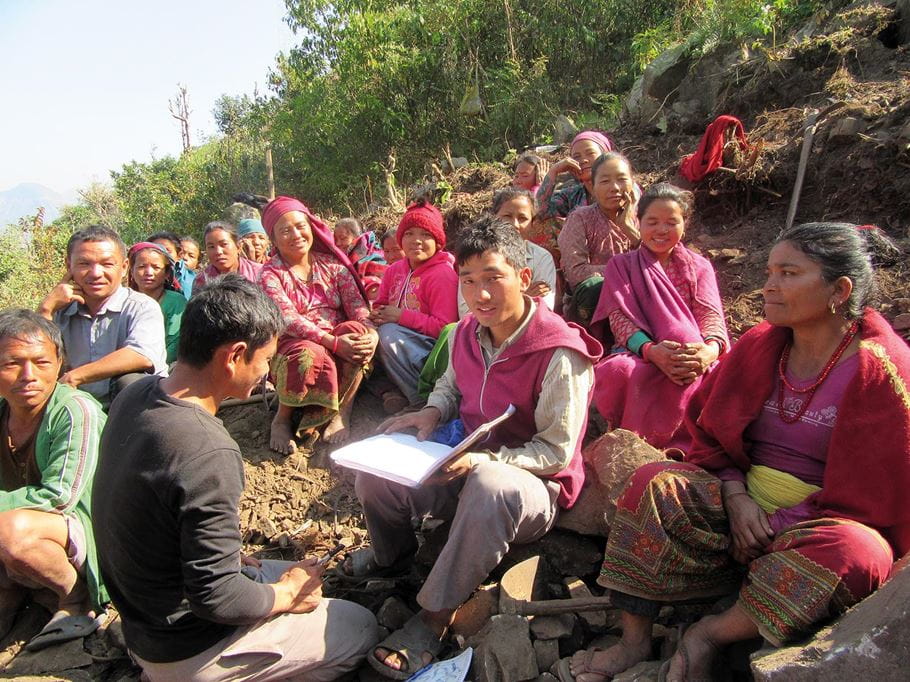 The people of Dhaulabaseni worked together to raise funds for their road-building project. Photo: Godawari Kafle

In 2017, United Mission to Nepal invited people in the area to receive training in how to gain access to local government funds.

Om Bahadur from Dhaulabaseni went to the training. He says, ‘I learnt that the funds for development belong to us all, and we should have a say in how they are allocated. I learnt about the budgeting and planning process of the Nepali government and how to write proposals. This gave me confidence to raise my voice and get involved in the planning process in my village.’

Om called everyone in the community together and worked with them to identify their main issues and discuss possible solutions. They agreed that the isolation, ill health and hardship caused by the lack of a road were their greatest concerns.

A group from the village then began to build relationships with local councillors, political party representatives and others who could play a role in supporting the community. They developed a funding proposal and presented it to the local community council. The proposal was approved and the community was awarded NPR 200,000 (USD 1,800).

This was only a small proportion of what was needed, but each household was committed to the project and between them they donated labour worth around NPR 1,400,000 (USD 12,600). The road was constructed to everyone’s satisfaction benefiting all 47 households. Small vehicles including jeeps and ambulances can now reach the village and farmers can transport their produce to several different markets. Any road repairs that are needed are carried out by the community.

Godawari Kafle is a Programme Coordinator with United Mission to Nepal.

This resource is from Local fundraising – Footsteps 111