Awakening the church in Honduras

Church and community leader Xiomara Guzman attended training about HIV prevention and how to tackle stigma. ‘People’s mentality is changing, and self-esteem is being restored,’ she says.

The Atlantic coast of Honduras is home to an ethnic group called the Garifuna. They have their own language and a rich tradition of dance and music. Sadly, HIV is five times as common among the Garifuna people as it is in the rest of Honduras.

AMIGA Garifuna is an organisation working in the Garifuna communities, training pastors and community leaders about HIV prevention and how to tackle stigma. Xiomara Guzman is a leader in both her church and community who has been taking part in the training offered by AMIGA. She can already see the difference that AMIGA’s support has made in her life, the church and the wider community. ‘I have been able to develop a good set of skills and knowledge, allowing me to talk to people and support families living with HIV now,’ says Xiomara.

Xiomara explains that churches used to either ignore HIV or condemn the problem. But now things have started to change. ‘As churches we are waking up to a new approach,’ says Xiomara. ‘We are responding with compassion, patience and love. Churches are providing counselling and guidance to people living with HIV. People’s mentality is changing, and self-esteem is being restored.’

AMIGA believes that publicly acknowledging HIV will help to reduce stigma and, ultimately, will help to prevent HIV. But the challenge is far from over. There are still some risk factors that contribute to the high levels of HIV, such as poverty, abuse, gender inequality, and lack of access to education and health care. However, the church embracing its role to show Jesus’ love in both word and deed is a hopeful start. 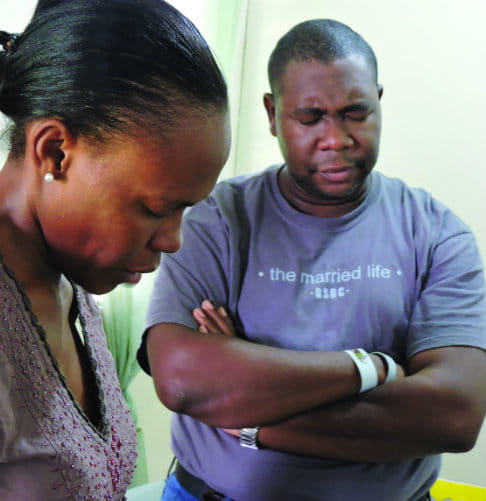 Xiomara Guzman is reaching out to people living with HIV and AIDS in her church and community. Photo: Deiby Amaya/AMIGA