How can we help children who have been orphaned as a result of AIDS? The organisation Alongsiders has developed an innovative approach for supporting vulnerable children.

In 2013 there were 17.8 million children around the world who had been orphaned as a result of AIDS, losing one or both parents. 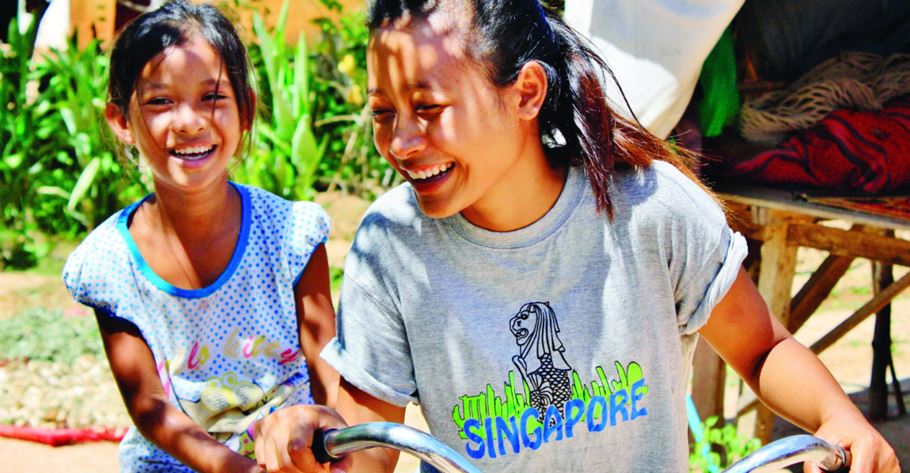 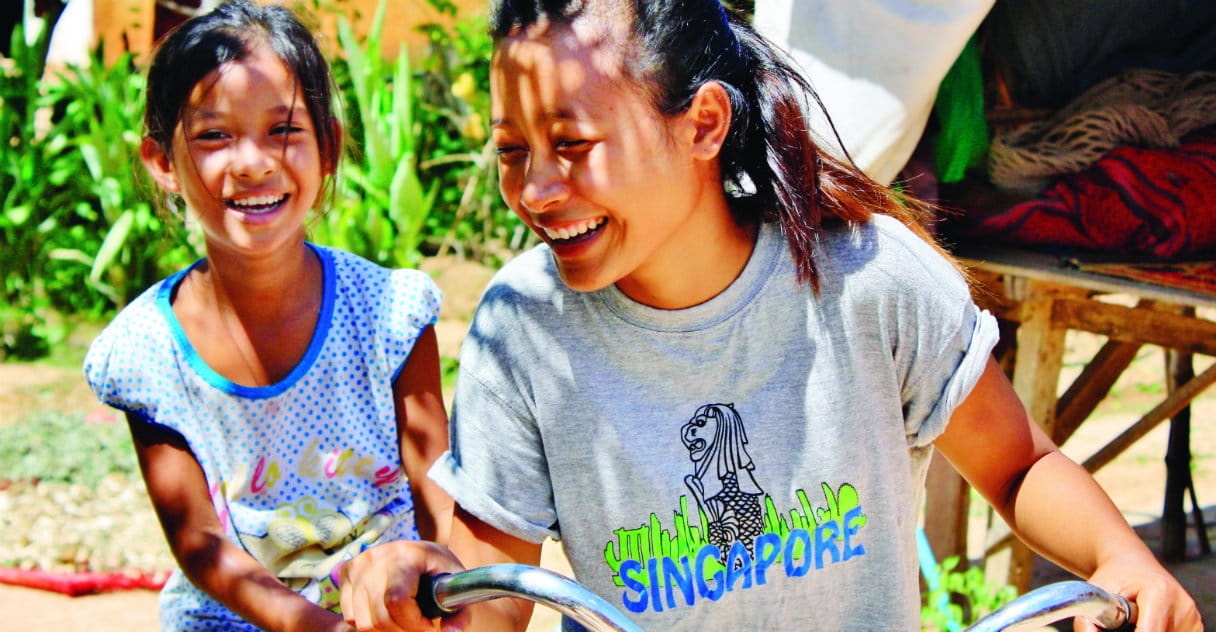 After Chenda was orphaned at the age of eight, she was mentored by a young woman from her church. Now aged 18, Chenda has become an Alongsider mentor herself to Vary, whose mother also died. Photo: Hanna Tzou/Alongsiders

Children orphaned by AIDS are vulnerable to a wide range of problems. Firstly, they will have to deal with the emotional pain of the death of a parent. In addition, the household’s income is likely to decrease, which could result in children lacking physical necessities such as food, shelter and health care. These children might have to take on additional responsibilities in the home. They may also face stigma from people who associate them with AIDS.

How can we help children who have been orphaned by AIDS? One innovative approach has been developed by the organisation Alongsiders. Although Alongsiders started in response to AIDS, it has now expanded to work with any children in the local community who are vulnerable, marginalised and alone. Alongsiders trains young people to be mentors (known as ‘Alongsiders’) to love and encourage a ‘little brother or sister’ – a vulnerable child in the same community who would benefit from support. Alongsider mentors are usually aged between about 16 and 35. People who want to become mentors need a recommendation from their pastor, and the church is advised to check that they are suitable to work with children.

In 2000 the founder of Alongsiders, Craig Greenfield, started an orphan care movement in the slums of Phnom Penh, Cambodia, empowering and supporting communities to look after their own orphans.

However, Craig and his wife felt frustrated that they could only help a small number of children. They realised that hiring more paid staff was not the answer. Instead, Craig set up a volunteer movement of young Cambodian Christians who could reach thousands of children all across the country. Today, hundreds of young Christians mentor one vulnerable child each in their own communities, and the movement has spread into seven provinces of Cambodia.

Most of the first group of ‘little brothers and sisters’ are now in their early 20s. Many have become leaders in their churches and communities, and a large number of them have gone on to become Alongsider mentors themselves.

In 2013 Alongsiders set up similar movements in Indonesia and India. They now want to expand into Asia, Africa and beyond, and are eager to partner with church networks and denominations.

What do Alongsider mentors do?

Alongsider mentors visit their ‘little brothers and sisters’ at least once a week. Most spend two or three hours together.

With thanks to Craig Greenfield.

Write to info@alongsiders.org if your denomination would like to partner with Alongsiders to start a similar movement. Alternatively, you can write to Alongsiders at PO Box 2475, Phnom Penh, Cambodia.

Ideas for using this article