The problem with plastic

Plastic waste can cause health problems for animals, such as this buffalo. Photo: Liaqat Gill/Pak Mission Society

Plastic is an amazing material. It is cheap, hygienic, long-lasting and convenient. It helps to shape modern life as we know it. For example, it has transformed health care, giving us everything from syringes to hearing aids.

However, plastic has also become one of the biggest environmental challenges we face today. Plastic packaging makes up nearly half of all the waste produced around the world. Much of this is single-use packaging, such as plastic bags and Styrofoam containers. It is designed to be used only once and then thrown away.

Plastic waste does not just spoil the beauty of our surroundings. When not disposed of properly, plastic clogs drains and rivers, bringing flooding and disease. It is often eaten by animals, causing ill health or death. If burnt, plastic releases poisonous chemicals into the air and soil.

Much of our plastic waste is washed into the ocean, choking or poisoning sea creatures. According to one estimate, by 2050 there will be more plastic in the oceans than there are fish (by weight).

Unlike natural materials, plastic does not decompose. After many years it breaks down into tiny microplastics – small fragments of plastic less than 5mm in size. When sea creatures and other animals eat these, the microplastics can enter the human food chain. Although we do not have much evidence yet, this may harm people’s health.

What can be done?

While recycling is a step in the right direction, it will not completely solve the problem of plastic. When plastic is recycled, its quality decreases. It can be recycled only a few times before it can no longer be used. It is therefore best to use as little plastic as possible, and to reuse the plastic products we already have.

In the countries where bans and levies have not had much impact, the two main problems have been:

This has sometimes led to people smuggling plastic bags into the country.

The UN Environment Programme gives the following advice to policymakers wanting to reduce the use of single-use plastic. Could you use this to help advocate with your government about taking action on plastic?

Rwanda outlawed the use of non-biodegradable plastic bags in 2008. At the time, many people asked: ‘Is this really necessary? Surely Rwanda has bigger and more important things to worry about?’ 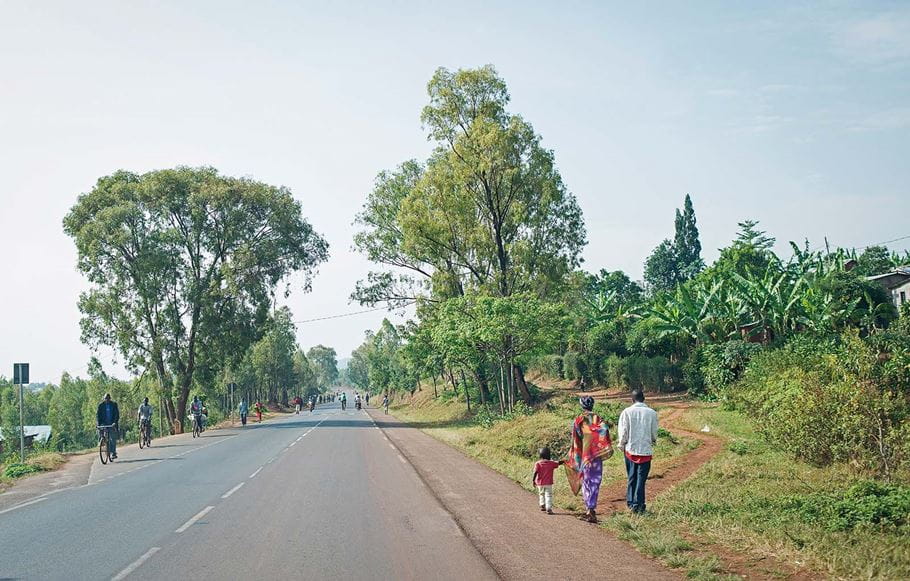 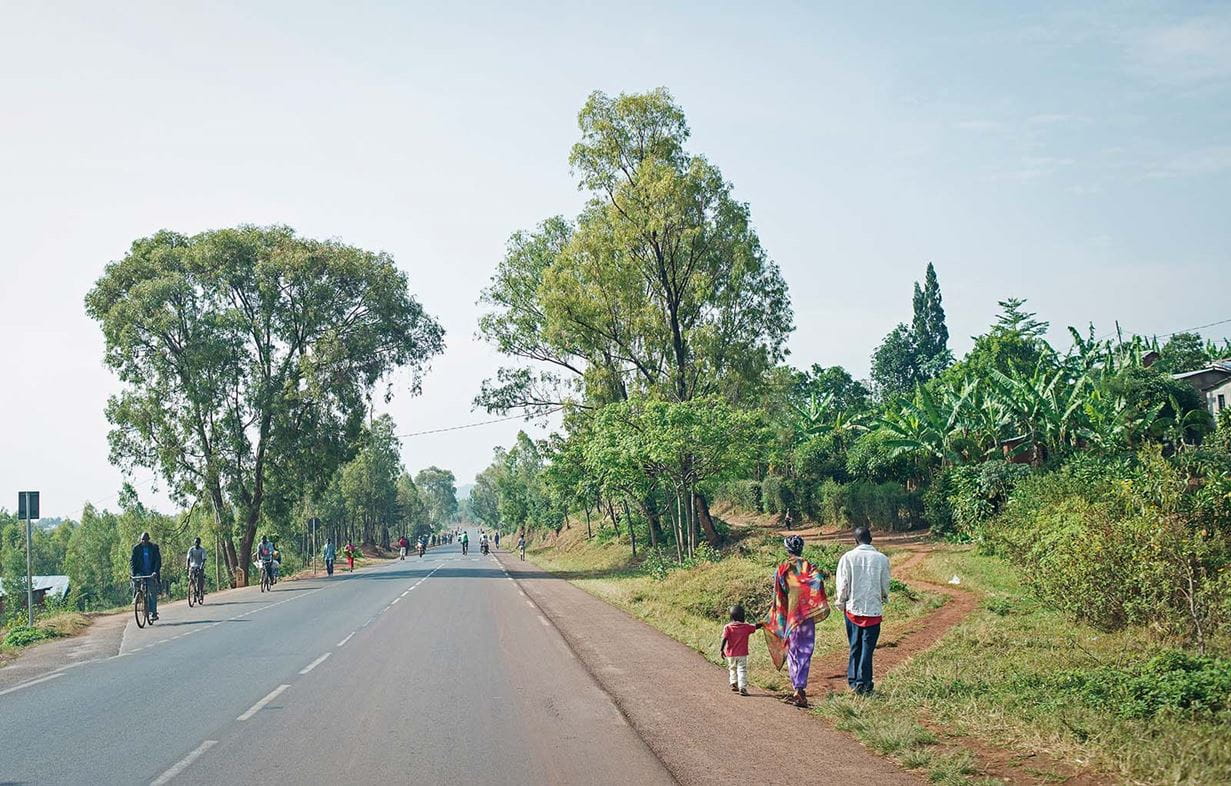 The route from Kigali to Eastern Province, Rwanda. Kigali is now considered by many to be the cleanest city in Africa. Photo: Eleanor Bentall/Tearfund

A few years before that, though, farmers were losing their livestock to plastic bags at an alarming rate. Rivers, streams and drains were blocked by plastic bags. Even farmers’ fields were choked by these bags.

I personally came face to face with the plastic bag menace in 2006. At that time, my mother owned six dairy cows. One of the cows began to lose weight and became sickly. My mother called in a vet, but the cow got worse. Within four weeks, four cows had died. When the vet performed an autopsy, it turned out they had all eaten plastic bags.

Sadly, this was not an isolated incident. Plastic bags were affecting the local economy across Rwanda. People called urgently on the government to do something. There were discussions at all levels, from community meetings to parliamentary debates. Eventually a law was passed banning plastic bags.

But first the country desperately needed to rid itself of the bags that were already littering it. Special clean-up days were organised, and the results were shocking. There were mountains of plastic bags in virtually every village. Burning them would have caused huge amounts of air pollution, but there was no way to dispose of them. This needed a solution at government level.

The government invested in a plastic recycling plant through incentives to the private sector. The mountains of plastic bags began to disappear from villages, transported to the new plant. Soon, other types of plastic waste followed.

Today, the country is virtually plastic bag free. After the clean-up campaign, the government began to enforce the ban throughout Rwanda, including at the borders. Plastic bags were confiscated, and users and sellers were given heavy fines. Businesses were encouraged and supported to find alternatives.

The ban went far beyond just outlawing plastic bags: it created a sense of environmental responsibility among Rwandans.

Case study: Speaking out against plastics

In March 2015, the government of Malawi banned the production, sale and use of single-use plastic bags. However, putting the ban into practice was not easy. The plastic bag manufacturers appealed and got a court injunction to halt the ban. While waiting for their appeal to be heard, they continued to produce and sell the bags. This continued for more than three years.

In 2018 Tearfund in Malawi and several partner organisations formed a new environmental network. The Malawi Creation Care Network put pressure on the high court to make a judgement against the plastic manufacturers’ appeal. They mobilised leaders from churches and NGOs, and teamed up with other networks of local activists. This led to a city-wide march in Blantyre on 5 June 2018 – World Environment Day. A wide variety of people joined the march: NGOs, politicians, church leaders, university students, school wildlife clubs and the general public. They planned an even bigger march to the high court ten days later.

Thankfully, before the second march could take place, the court ruled to uphold the ban. Although the plastic manufacturers have since obtained another injunction against the ban, the matter has now been taken up by parliament, with the speaker of parliament leading the cause. The Creation Care Network and other activists are continuing to advocate strongly for the ban to be upheld.

A community guide to environmental health

by Jeff Conant and Pam Fadem

This practical, easy-to-use guide covers many aspects of maintaining a healthy environment. It includes sections on managing solid waste, creating sanitary landfills and dealing with health care waste. Available in English, Portuguese, Spanish, Chinese and Russian. Visit http://en.hesperian.org/hhg/A_Community_Guide_to_Environmental_Health to download a free copy or order a printed copy for 31.95 USD.

This resource is from Waste – Footsteps 107