Why advocate on climate change?

We all have a role to play in tackling climate change

Advocacy is about influencing people and public policies to bring about change. It involves influencing those in power to act more fairly, in order to bring justice and address the causes of poverty.

Advocacy is firmly rooted in the Bible and is based on God’s commitment to justice:

‘Speak up for those who cannot speak for themselves, for the rights of all who are destitute. Speak up and judge fairly; defend the rights of the poor and needy.’
Proverbs 31:8–9

Advocacy involves building relationships with people in authority and raising their awareness in order to influence them about a particular issue. It includes suggesting potential solutions.

Climate change will affect all of us and is a key issue to advocate about. With climate change, an important first step is often to raise people’s awareness about the cause of the problem. You could try asking a few simple questions about changes in the weather or harvests – this may quickly reveal that people are already aware of the impacts of climate change on their lives and environment. Public meetings, talks, discussions and newsletters are all examples of ways to share information about the issue. Working with the media can be another very helpful way to reach both decision-makers and ordinary people. Advocacy can be done with communities affected by a situation, supported by organisations who work on climate change issues. Or it can be done directly by the communities who are affected by a situation.

The impact of climate change is linked to problems such as environmental degradation, food insecurity, disasters and water resources. It often makes existing problems worse.

‘The climate has changed and the rainy season has become unpredictable. The water levels fall year by year and some kinds of animals and vegetation have disappeared. The future is bleak for farmers and cattle-breeders alike.’
Tearfund partner in Mali

There are two important ways to tackle climate change: adaptation and mitigation.

Adaptation is about taking action to cope with the consequences of climate change, both now and in the future. For successful adaptation, countries and communities need financial resources and the right technologies and advice. Adaptation needs to be included as a key part of national development planning.

Mitigation means reducing emissions of greenhouse gases, especially in higher-income countries. It involves helping poorer countries to access renewable energy, and making sure they have funding for this. It includes helping countries to protect their forests.

At a local level, advocacy around mitigation could involve ensuring local authorities create or enforce laws to protect forests. It could focus on small-scale renewable energy options for local communities. At a national level, advocacy could include encouraging governments to create national development plans involving mitigation.

Civil society organisations can work with people living in poverty to help their voices be heard by those in power. This can be done by empowering people to speak for themselves, speaking with those affected by climate change or speaking on behalf of communities.

Churches can make a big difference

Local churches are part of many communities around the world. Church members often have personal experience of poverty and injustice, and understand both very well. Christian organisations and churches can advocate with or for people who are being affected by climate change. Churches can gain a deep understanding of local issues, and have a long-term presence in a community. They can use their coordinating body (eg diocese or denomination) to gain the respect and authority needed to influence policies at a local, national, regional and international level.

Christian advocacy work should be supported by both prayer and a deep passion for justice for people who are impacted by climate change.

This article is adapted from a short guide by Sara Shaw, Why advocate on climate change? See Resources page for further details.

Are you or your organisation involved in advocacy and campaigning on climate change or other environmental matters? We at Tearfund would love to hear about it as we continue our advocacy around these issues. Please write to us by post:

Disaster risk reduction can be an important way of helping communities adapt to climate change. In Malawi, local communities faced a problem when a local river changed course and displaced households in several villages. When heavy rains came, some people’s gardens were washed away. Tearfund’s partner River of Life and the affected local communities realised that constructing a dyke would redirect the river flow.

River of Life started an advocacy initiative among traditional leaders, church leaders, teachers and government officials. They met together and heard about the communities’ solution for the problem. After much discussion, stakeholders agreed on the project and committed to providing some of the resources required. For example, the district assembly agreed to provide a tractor. The government forestry department agreed to help plant trees along the riverbank. The community agreed to do some of the practical work.

The advocacy activity helped to transform and build relationships. Traditional leaders, church leaders and government officials were able to work together and view each other as partners in development.

Forests play an important role in absorbing carbon dioxide (one of the gases contributing to climate change). When forests are cleared or burned, large amounts of carbon dioxide are released.

The government of Honduras proposed a reform of forestry law that would have allowed large sections of national forest to be sold to logging companies. These companies could then choose whether or not to reforest the land. The importance of Honduras’s national forests to poor farmers and indigenous groups living in these areas was ignored.

Tearfund’s partner, Asociación para una Sociedad más Justa, saw that this could have devastating consequences. They formed an alliance with representatives from various groups, including indigenous groups, cooperatives, churches, ecologists and farmers’ groups. This alliance urged the government to make changes to the legislation it was planning. They hired consultants to analyse the proposal and present reasonable alternative proposals to the government.

The alliance also began a media campaign to educate people about the problem and to pressure the government into negotiating. The government agreed that they would not bring the reform of the forestry laws to the Honduran congress until the reform had been approved by a committee, made up of representatives from the alliance, the government and logging companies. Most of the alliance’s proposals were accepted. Marginalised groups such as poor farmers, cooperatives and indigenous groups were able to participate for the first time in the making of a law that affected them directly. 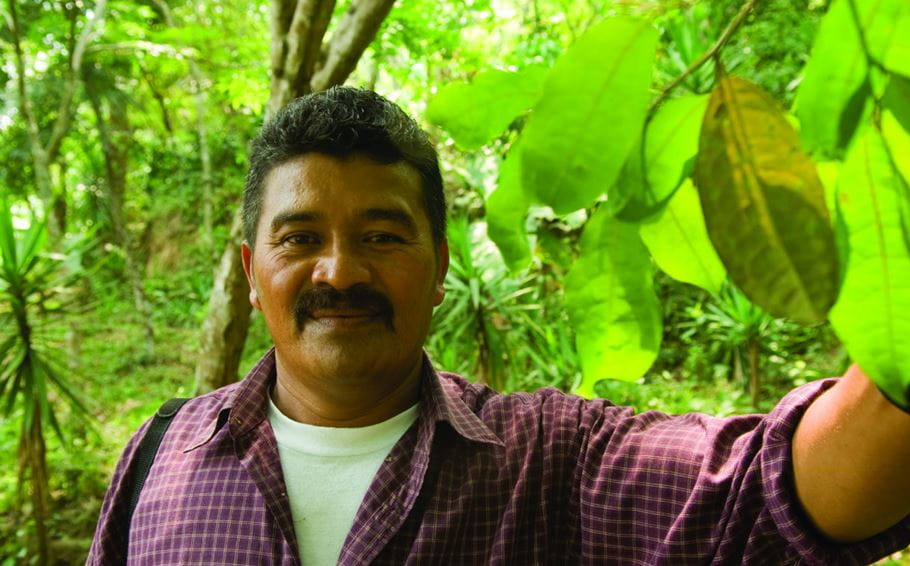 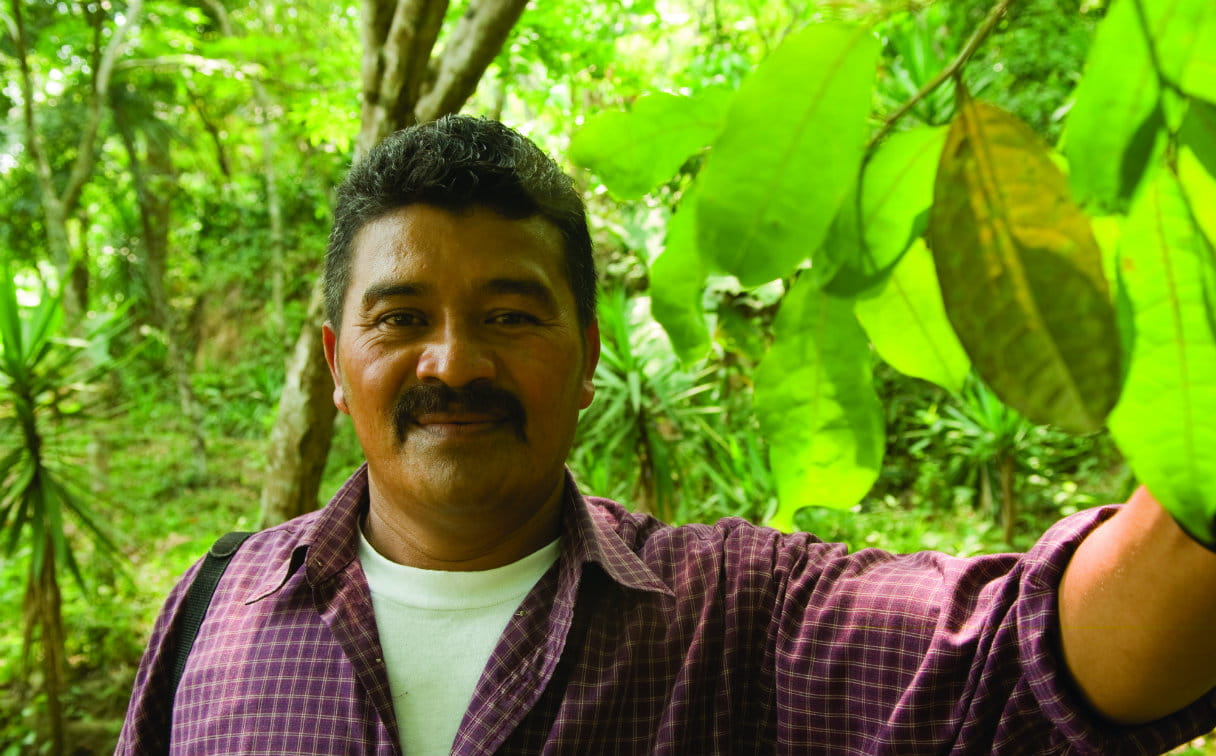 Forests are being protected in Honduras because of advocacy efforts by a Tearfund partner. Photo: Geoff Crawford/Tearfund

When you are thinking about getting involved in advocacy on climate change, it may be helpful to discuss the following questions:

1) How have weather patterns changed and how is this affecting the lives of local communities? Is there a need to explain the causes and impacts of climate change to others in our community?

2) Could we keep long-term records about changes in the local environment, such as temperatures, rainfall and drought? Can we work with an organisation to use this information in advocacy on climate change?

3) How could local authorities or leaders help people to cope with the impacts of climate change? How can we create opportunities for community members to talk to local decision-makers?

4) What could be done by local or national authorities or leaders to protect or restore forests? Can we advocate for new laws to protect forests, or ensure existing laws are properly enforced?

5) Do people in the community have access to energy? Could we encourage the local authorities to consider clean, small-scale sources of energy such as solar, wind or hydro-electricity?

6) Is the government considering sustainable, clean energy provision in its national development planning? If not, what can we do to encourage this?

7) Is there a policy for preparing for droughts? If not, can we encourage the authorities to develop one?

8) Does our country have a National Adaptation Plan (see Resources, page 15)? If not, what needs to be done to make sure that it develops an effective plan?

9) How can we positively influence our government’s position when the UN meets to discuss climate change? (This might involve campaigning at a national level.)

10) Are there any local climate advocacy organisations that we could join?

This resource is from Climate change – Footsteps 99