Reverend Canon Professor Gideon B. Byamugisha was the first African religious leader openly to declare his HIV-positive status. We asked him to share some of his experience and knowledge with Footsteps readers. 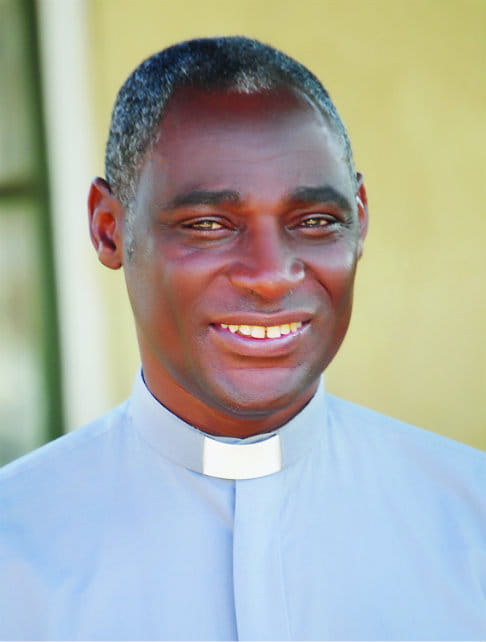 Reverend Canon Professor Gideon B. Byamugisha is an ordained priest in the Anglican Church of Uganda. In 1992, he became the first African religious leader openly to declare his HIV-positive status. He is the founder of the African Network of Religious Leaders Living with or Personally Affected by HIV and AIDS (ANERELA+), now an international organisation (INERELA+) working in 48 countries. Currently, Canon Gideon serves as Executive Director of the Friends of Canon Gideon Foundation.

Canon Gideon has won many prestigious awards for his work tackling stigma against people living with HIV and AIDS. We asked him to share some of his experience and knowledge with Footsteps readers.

What made you decide to disclose your HIV-positive status in 1992?

Three things influenced my decision to disclose. First, I wanted people to pray very specific prayers for my care, treatment and future. Second, I did not want to lead a life of ‘double identity’, being one thing in public and something else in private. Third, I wanted to break down some of the myths about HIV transmission, especially those myths that always associated HIV with sexual immorality. I wanted to help both the local community and their leaders to know that someone’s HIV status will reveal very little about their morality, their spirituality or their ability to be a religious leader.

How did people respond after you disclosed that you were HIV-positive? Were you personally affected by stigma?

Different people reacted differently. Some welcomed my public disclosure, saying that God would use me to help overcome the silence, stigma and discrimination that were very common then.

Some significant others were not happy with the disclosure, saying that I was damaging the image of the church. Others in this group wrongly feared I was going to transmit HIV to them while sharing the Holy Communion cup or while baptising their children. Some individuals actually asked my archdeacon and bishop to withdraw me from church ministry.

Sometimes people said to me, ‘You have told us you are HIV-positive. Have you ever repented about it?’ That is stigma, connecting my HIV status with immorality. People asked me, ‘How did you get HIV?’ That is also a stigmatising question; it implies that people want to know whether you were ‘innocent’ or ‘guilty’.

I am so lucky and blessed that individual friends, family members, faith communities, congregations, leaders and agencies have supported me through it all. Today, there are fewer people who are not supportive of my disclosure.

What are the different types of stigma affecting people living with HIV?

The stigma around HIV comes from several sources.

All these types of stigma have seriously held back progress in stopping HIV transmission and deaths from AIDS, despite the great advances in HIV prevention and treatment.

What are some of the negative effects of stigma for people living with HIV?

Stigma leads to paralysing shame that damages the self-esteem and self-confidence of people living with HIV. It can also affect their family members and community.

Stigma often makes people afraid to be tested for HIV. Others who do get tested are too fearful to collect their test results. Many others are scared to disclose their HIV status to the people who need to know, such as their partners or health workers.

Stigma means that people living with HIV are blamed, ridiculed, shamed and discriminated against. Instead, we need to support them and empower them so that they can have better life chances and healthier outcomes. This will also help to prevent the spread of HIV, as people who know and accept their status are more likely to choose safer practices, such as taking ART medication.

What practical things can people do to eliminate stigma in their communities and churches?

Churches and communities can identify the sources of stigma and fix them one by one.

If you could say one thing to Footsteps readers, what would it be?

God has given us enough information and science to stop the AIDS epidemic. We must work together to give people the knowledge, skills, attitudes and supportive policies that they need. Then we can accompany each other on this journey to end new HIV infections and the stigma that surrounds them.

Visit www.focagifo.net for more information about the Friends of Canon Gideon Foundation.