There are many benefits associated with eating insects

Insects are eaten and enjoyed in many cultures across the world.

They are an important source of protein and provide significant livelihood opportunities for people in both rural and urban areas. Compared to many other sources of protein, such as cattle and pigs, their impact on the environment is minimal.

Insects are rich in protein, fibre, useful fats, vitamins and minerals. They can be eaten whole or they can be ground into a powder and incorporated into other foods.

Increasing attention is being given to the use of insects as a feed ingredient for livestock and fish. Several companies in different parts of the world are rearing insects such as black soldier fly for this purpose.

Population growth, urbanisation and rising incomes are increasing the global demand for food, especially protein from animals. However, intensive livestock production and over-grazing are significant contributors to land and water pollution, forest degradation and climate change.

The rearing and harvesting of insects offers a viable alternative.

In some places, natural increases in insect populations during the year can provide opportunities for large numbers to be harvested from the wild. This includes swarms of agricultural pests such as locusts. However, care must be taken not to eat locusts or other insects that might have been sprayed by insecticides as part of a pest-control programme.

Percentage of each animal that can be eaten 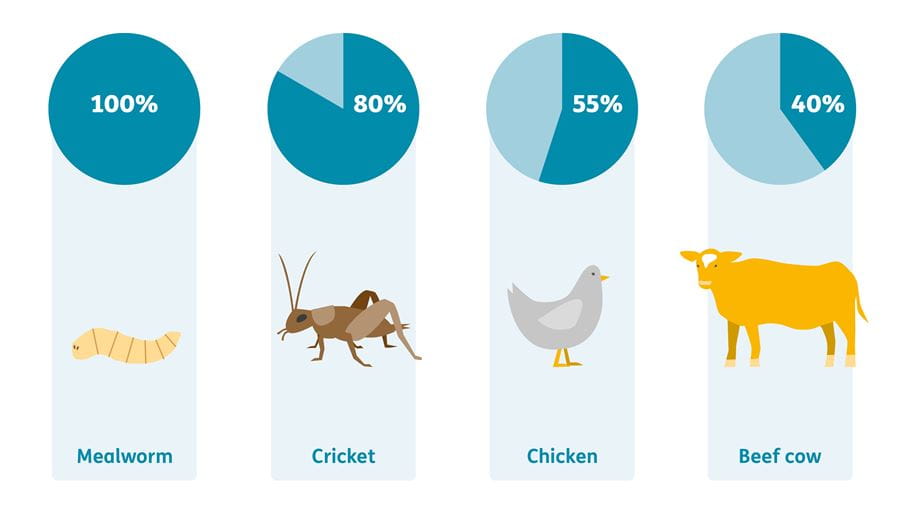 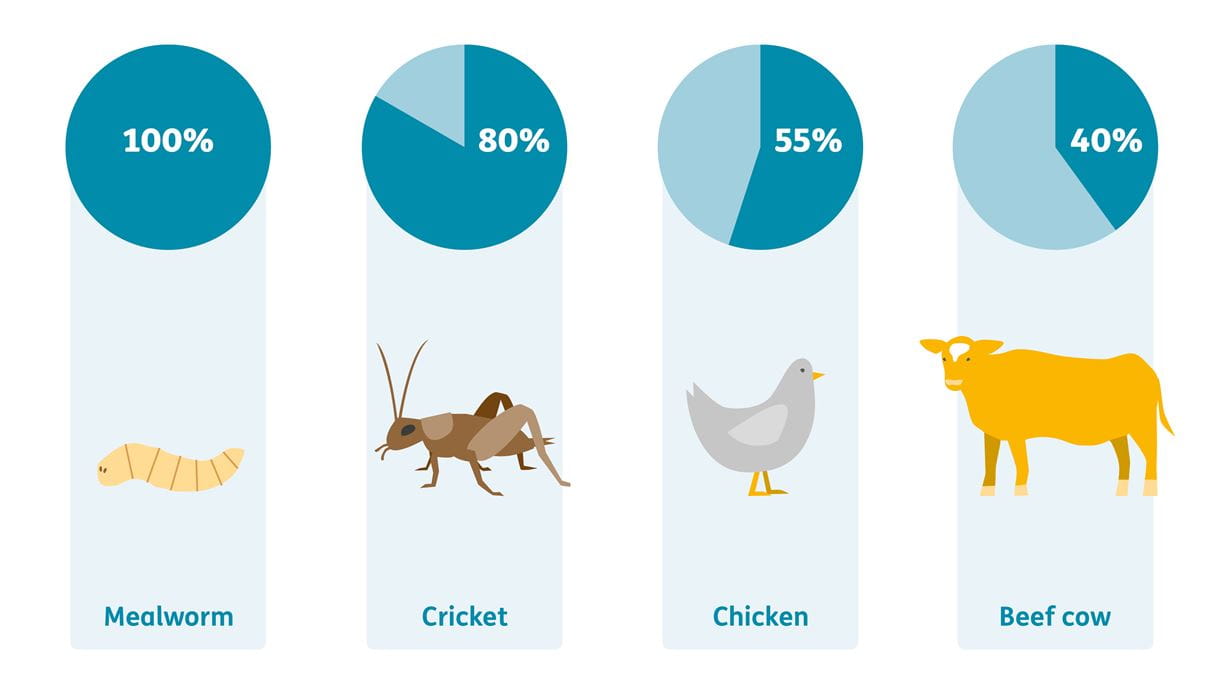 It is important that insect populations are not damaged by over-harvesting. One way to reduce the risk of this happening is to plant and look after trees and shrubs that edible insects like to use for food and shelter.

Local by-laws can also help to prevent over-harvesting: for example, by not allowing insects to be collected during a certain part of the year.

The gathering, rearing, processing and sale of insects offer important livelihood opportunities in both rural and urban areas. Simple, low-cost techniques and equipment can be used, making it possible for anyone in the community to get involved.

Income can be enhanced through the promotion and adoption of good food hygiene standards to ensure the insects are safe for human consumption.

Use this poster to help start a discussion about food safety in areas where insects are consumed on a regular basis.

The Food and Agriculture Organization’s website – fao.org/edible-insects – contains a lot of information about the use of insects for food and animal feed. Available in English and French.

This resource is from Insects – Footsteps 115