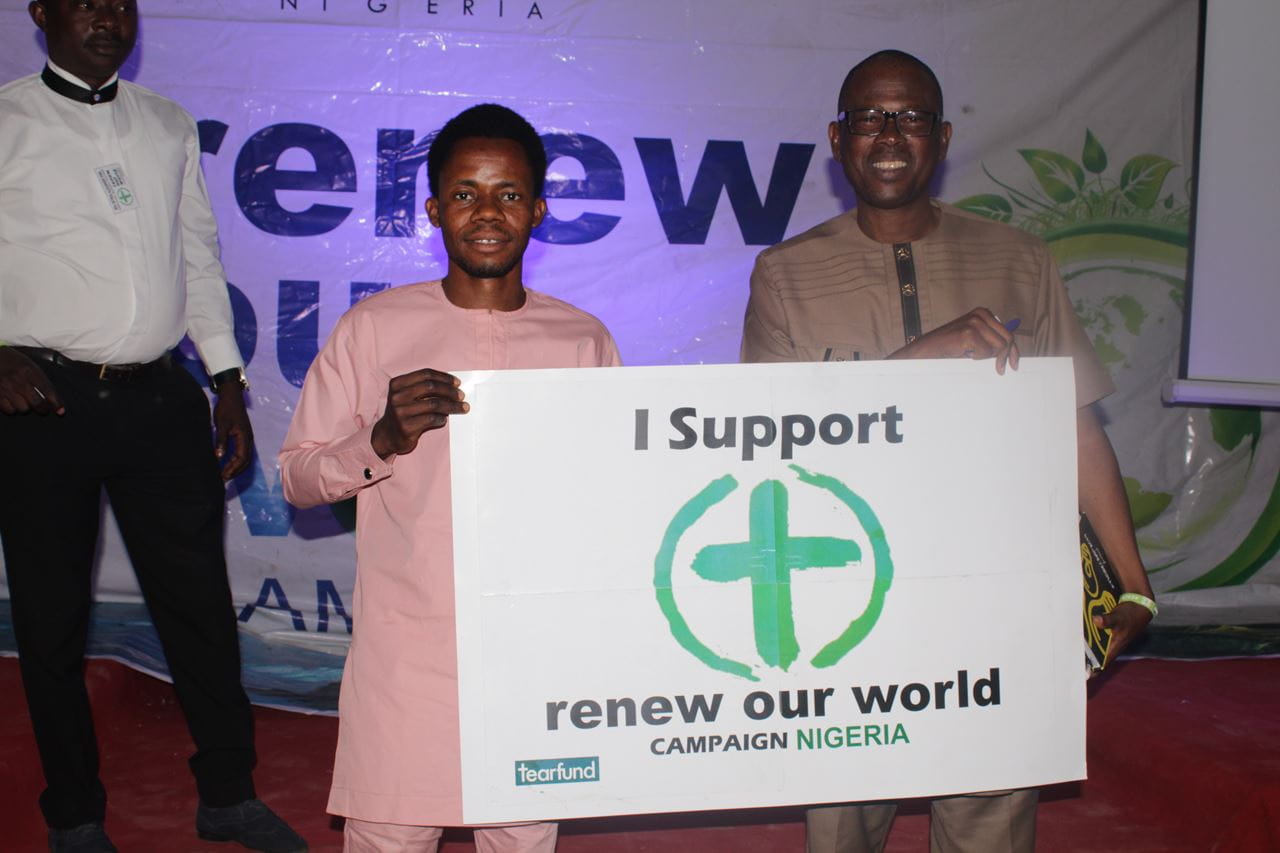 Nigerian campaigners in the city of Jos hold a placard in support of the Renew Our World movement. Photo: Ephraim/ExploreNaija

The suffragette movement. The anti-apartheid movement. Indian independence. The US civil rights movement.

But social movements are messy things. Often fluid, products of organic growth, and with little centralised control, they can be hard to identify, let alone measure.

So if you’re helping to build a movement, how do you know how well you’re doing?

Working with consultants from Ajabu Advisors [1], Tearfund’s Global Campaigns team reviewed several tools and frameworks developed by practitioners and academics [2]. We found the tool developed by American Jewish World Service (AJWS) [3] to be both practical and powerful. The AJWS model looks at three key aspects of movement strength, with corresponding indicators:

We then adapted the tool so users can more clearly understand what each of the indicators means and then identify which of four possible stages of progress their movement is currently at for each indicator.

For example, for one indicator - ‘The movement has credibility among key participating communities. (Are they trusted?)’ - the four options a user can choose are:

Key benefits of using the tool

We tested the tool in 2020 with Tearfund partners across Africa and Latin America, and discovered that its use gave the following key benefits:

The tool gives us practical guidance about where to invest.

Having a list of indicators and practical scenarios helps structure understanding of what’s going on. Because the indicators help us to ask the right questions we're noticing things we never have before, and with this knowledge we can be more strategic.

For example, when we used the tool in Nigeria recently, we were able to see that in the preceding six months one movement had experienced unusually rapid growth. Its participant base had suddenly strengthened - probably because Covid-19 had forced the work to go digital, massively expanding its reach. This insight allowed colleagues to understand that they would need to work quickly to strengthen the movement’s structure, to ensure it stayed coordinated and united.

Anyone can use the tool.

When we initially developed the tool, we envisaged it being used by a small group of Tearfund staff members for monitoring their own work. Part of this rationale was that the concepts it uses can be quite abstract, with everyone understanding terms like mobilisation, leadership and resources differently.

But when we tried it out in Brazil, staff insisted on using the tool together with partners in the movements they support in a participatory process. As a result, movement leaders themselves have adopted the tool and discuss it among themselves. This helps them to reach a common understanding of the concepts and to identify areas of the movement that they may need to strengthen. Activists in several places in Brazil have already taken the tool on as their own. This aspect democratises monitoring, evaluation and learning, making it accessible to grassroots groups and movement participants. It balances out the potential power dynamics: rather than NGOs or funders based in richer nations passing judgement on their partners, the tool allows movements to assess themselves.

The tool communicates what successful movements do.

The ideas of base, structure and strategy have been incorporated into how we communicate about movement building, enabling us to give a more tangible picture of what a movement looks like. For example, at a recent movement building training with 80 young Zimbabwean and Zambian leaders who had not had significant previous exposure to movement building, we found the tool provided a helpful ‘way in’ for them to understand the building blocks of a movement.

The tool can be adapted to work with other organisational tools.

Tearfund has a suite of tools that can be used together, and the movement building assessment tool sits very well inside of that. For example, a country director can use it on a macro level alongside other tools that monitor community-level change, such as the Light Wheel, or alongside an Outcome Harvesting approach to gain strategic insight.

Building movements now and in the future

In Recife, Brazil’s fourth-largest city, a church-based response to the dire state of the Tejipió river has grown into a movement and shifted the city’s policies on waste and recycling, addressing a crisis of waste that plagues poor neighbourhoods and local waterways.

The movement has the potential to grow even further, promoting a church-led approach to environmental care across the country that could bring millions of people into the movement.

With this new tool, Tearfund has confidence that it is providing the movement with support to achieve this transformation.